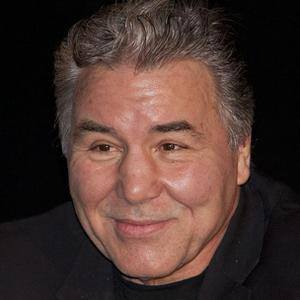 Known for having one of the greatest chins in boxing history, he was a Canadian heavyweight champion as an amateur and as a professional.

He became Canadian amateur heavyweight champion in May 1955 after defeating Peter Piper.

He was never knocked off his feet in 93 professional fights between 1956-79.

He is best known to many for his two fights against the legendary Muhammed Ali.

George Chuvalo Is A Member Of