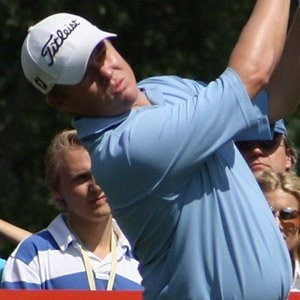 South African golfer best known for his many Sunshine Tour wins, including 2 in 2008. He won the Joburg Open in his first appearance on a European Tour in February 2014.

He began playing golf at ten and shot 49 on 9 holes in his first-ever junior tournament.

He represented his native South Africa in the World Cup of Golf in 2013.

His father wanted him to become a professional tennis player.

He and Charl Schwartzel are both multiple-time Sunshine Tour winners.

George Coetzee Is A Member Of