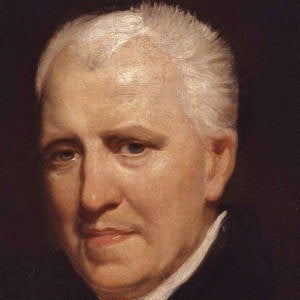 British poet known for his use of heroic couplets in realistic, narrative poems such as The Village. His other works include The Borough, The Candidate, and The Library.

He lived near Suffolk, England for the first quarter-century of his life and read voraciously as a child. He published his first poetic work, Inebriety, in 1775.

He worked, at various points in his life, as both a clergyman and a surgeon.

He married Sarah Elmy in 1783 and fathered six children, several of whom died in infancy or childhood.

He, like playwright Anton Chekhov, was a writer/physician who observed human nature as it was and painted a realistic, unbiased picture of daily life.

George Crabbe Is A Member Of