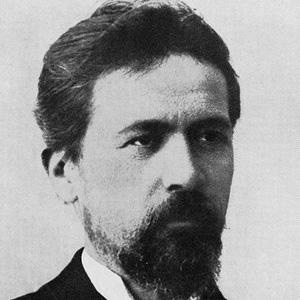 Russian playwright and short story writer whose most famous works of dramatic realism include Uncle Vanya, The Seagull, Three Sisters, and The Cherry Orchard. His literary work is marked by an objective presentation of character and a reluctance to neatly answer questions.

He came from a peasant background and initially wrote as a way of both supporting his family and paying his own way through medical school. His early literary works include a short story called The Steppe and the Pushkin Prize-winning short fiction collection, At Dusk.

He was a friend of fellow Russian writers, Leo Tolstoy and Maxim Gorky.

A bachelor for most of his short life, Chekhov finally married German actress Olga Knipper on May 25th, 1901. Sadly, he died of tuberculosis just three years later.

Anton Chekhov Is A Member Of