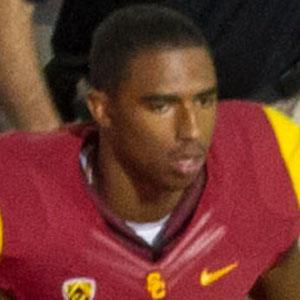 Wide receiver who joined the University of Southern California Trojans in 2011. He played in the U.S. Army All-American Bowl in 2010.

He attended Junipero Serra High School, where he was also a track star.

He was ranked as the top wide receiver prospect in the country by Rivals coming out of high school.

George Farmer Is A Member Of