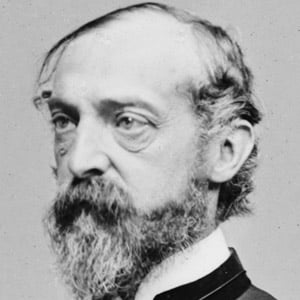 Union general in the U.S. army who defeated General Robert E. Lee at the Battle of Gettysburg in 1863. Following his victory, he continued to command the Army of the Potomac through the Appomattox Campaign.

He fought against the Seminole Indians with the 3rd U.S. Artillery in Florida.

He worked closely with General Ulysses S. Grant, although he disapproved of sending large troops into dangerous situations and battles.

He had seven children with wife Margaretta Sergeant.

He defeated General Robert E. Lee in the Battle of Gettysburg.

George Meade Is A Member Of