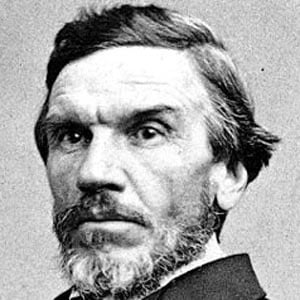 Rear Admiral who fought during the American Civil War and the Mexican-American War.

He started working as a midshipmen for the U.S. Navy at the start of 1834.

He captured the Confederate cruiser CSS Florida in a neutral port in Brazil and towed it to the United States.

He was born in Pennsylvania.

He fought against the Confederate States of America and General Robert E. Lee.

Napoleon Collins Is A Member Of