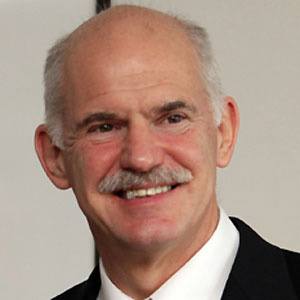 He worked for Stockholm University in 1972, doing immigration research.

He chose to step down as Prime Minister, so Greece's national debt crisis could be confronted.

He has two children, Andreas and Margarita-Elena, with wife Ada.

He is a prominent figure in Greek politics, much like mayor Yiannis Boutaris.

George Papandreou Is A Member Of