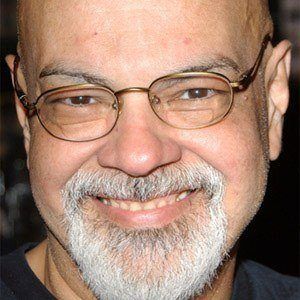 Famous comic book writer and illustrator who was best known for his innovative work on "The Avengers," "The New Teen Titans," "Crisis on Infinite Earths," and "Wonder Woman." He also worked for the publisher, CrossGen. He died at the age of 67 due to pancreatic cancer.

He was hired as an assistant by famed artist Rich Buckler in 1973. He debuted in Marvel Comics' "Astonishing Tales" #25 in August 1974.

He won the Eagle Award, which honored comic book authors, four times between 1979 and 2000. It was stated that he passed away "peacefully at home."

He was born to factory workers who relocated to the Bronx, New York, in the 1940s from Caguas, Puerto Rico. He began drawing at the age of five. He married Carol Flynn.

He gave a contemporary twist to many of the Marvel Comics characters co-created by Stan Lee.

George Perez Is A Member Of