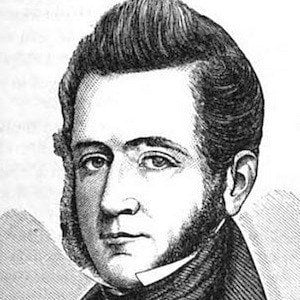 American Democratic politician who served as Governor of the Michigan Territory from 1831 until his death in 1834. He also served in the Pennsylvania House of Representatives.

He attended law school in Litchfield, Connecticut and practiced law in Lancaster, Pennsylvania before entering politics.

He served as a major in the United States Army during the War of 1812.

He was married to Sarah Humes; the couple had four children. One of his sons was a general in the First Battle of Bull Run.

United States President Andrew Jackson appointed him to his position as governor.

George Bryan Porter Is A Member Of