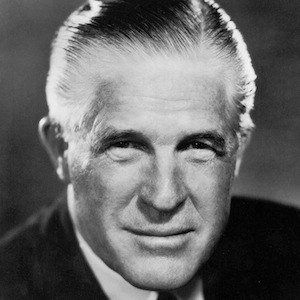 CEO of American Motors from 1954 to 1962 who was the 43rd Governor of Michigan from 1963 to 1969. He was also the 3rd United States Secretary of Housing and Urban Development under President Richard Nixon.

After graduating high school, he spent two years as a missionary in England and Scotland, then went to Washington to work for the Massachusetts Senator David T. Walsh.

He made a bid for the Republican nomination for President in 1968, but lost most of his traction after he was quoted as saying that he was "brainwashed" into supporting the Vietnam war.

He was born in a Mormon colony in Mexico, where his parents moved after Congress outlawed polygamy. However, his family was forced to flee back to the United States once the Mexican Revolution started.

His son Mitt Romney also went into business, as a financier, and ran for president against Barack Obama in the 2012 presidential elections.

George W. Romney Is A Member Of