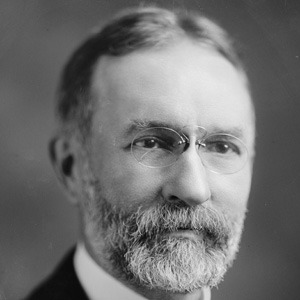 Warren G. Harding appointee to the Supreme Court who was one of the four horsemen of conservative judges who opposed the New Deal.

He left school at the age of 12 to clerk at a clothing store to help his family. He later financed his own education at Brigham Young Academy.

He authored an opinion in 1923 that members of the Indian Sikh race were not white within the scope of citizenship laws and could not become U.S. citizens.

He was born in Buckinghamshire, England, his family converts to the Church of Jesus Christ of Latter Day Saints.

George Sutherland Is A Member Of