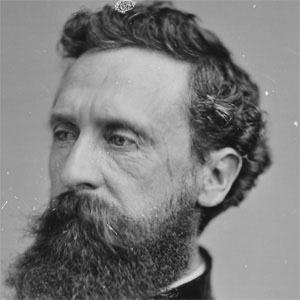 American war hero who was a United States Army officer and a Union General during the American Civil War. He also fought in the Second Seminole War and the Mexican-American War.

He graduated from the United States Military Academy in 1842 and was named a brevet second lieutenant in the 3rd U.S. Infantry.

He commanded the Regular Infantry Battalion at the First Battle of Bull Run.

He grew up with his family in Dover, Delaware.

Ulysses S. Grant was one of many men who thought he was not a good choice for the Overland Campaign in 1864.

George Sykes Is A Member Of