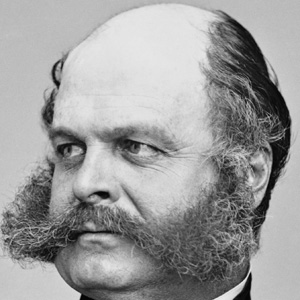 Union Army soldier who fought in the Civil War and was defeated in the Battle of Fredericksburg.

He attended the United States Military Academy at West Point.

He was portrayed by actor Alex Hyde-White in the film Gods and Generals.

He fought against Confederate general Robert E. Lee in the Battle of Fredericksburg.

Ambrose Burnside Is A Member Of