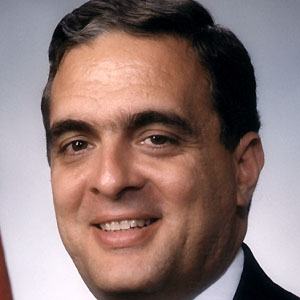 Former Director of the US Central Intelligence Agency, who served under both President Bill Clinton and George W. Bush from 1997 to 2004. He was criticized after 9/11 for not knowing about and/or preventing the attacks.

He received his Master's in international affairs from Columbia University in 1978.

His receiving of the Presidential Medal of Freedom was maligned by the press and Democrats alike and he published he memoir, At the Center of the Storm: My Years at the CIA, in 2007.

He has one son with his wife Stephanie.

He, along with George W. Bush, helped perpetuate the myth of there being WMD's in Iraq.

George Tenet Is A Member Of