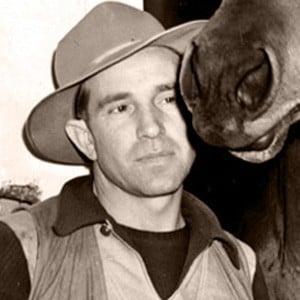 Canadian born horse jockey who was killed in a racing accident at Santa Anita Racetrack.

He grew up around horses in Canada and began competing in events in Montana.

His mother was a trick rider in the circus, while his father competed in rodeos.

When he died, the legendary Willie Shoemaker was just beginning his career.

George Woolf Is A Member Of