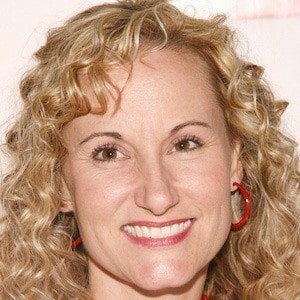 Singer known for being the daughter of country legends George Jones and Tammy Wynette. She's also released several albums of her own, including A Slightly Used Woman, Strong Enough to Cry, and Till I Can Make It on My Own.

She grew up performing with her parents, first performing with them when she was only three years old. By the time she was 10, she'd recorded a single and performed on HBO.

With the help of Patsi Bale-Cox, she wrote a memoir called The Three of Us. She had a five-episode run on the show Sordid Lives in 2008.

She's the only child of the famed country couple, though she has six step-siblings through her parents other relationships.

She and Sammy Kershaw collaborated on Kershaw's tribute to her father.

Georgette Jones Is A Member Of