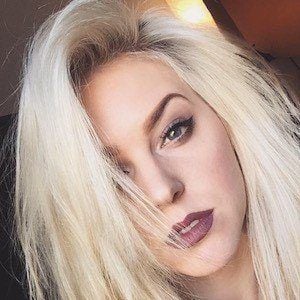 She began her hair training while she was in high school, at age 16. Some of her earliest credits as a hair and makeup artist are on the short films Henry in 2011 and The Golden Rule in 2012.

In 2015, she worked as the makeup department head of The PET Squad Files. She has worked as a hairstylist for such brands as Jack in the Box, Mountain Dew, Pizza Hut and Panda Express.

Her parents are Jimmy and Michelle Sweet. She has a younger sister. She began dating Escape the Fate's TJ Bell in 2013.

In addition to her work as an artist for films, she has also worked with bands doing the makeup of Cameron Liddell and James Cassells of Asking Alexandria.

Georgette Sweet Is A Member Of