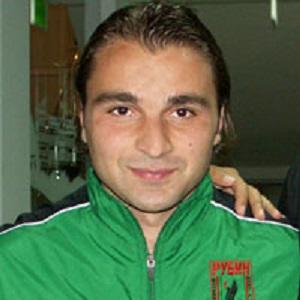 Georgian former soccer star who won three consecutive Umaglesi Liga titles with Dinamo Tbilisi from 1993 to 1995. He was a veteran of the Georgian national squad, playing from 1992 to 2005.

He had a son named Saba with Louise Tai.

He and Nigel Pearson were both named to the 1997-98 Football League First Division PFA Team of the Year.

Georgi Kinkladze Is A Member Of