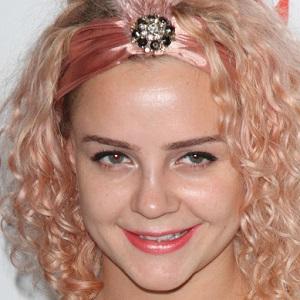 Perhaps best known for her role as Lara in the British teen series Skins, this Welsh-born actress also played Madi Diamond in Waterloo Road and Cassie Claypole in Two Pints Of Lager And A Packet Of Crisps.

Early in her career, she appeared in episodes of Casualty and The Bill.

She played the role of Rosie in the 2008 movie Angus, Thongs and Perfect Snogging.

She was born in Swansea, Wales.

On Skins, she played the romantic interest of actor Ollie Barbieri's character.

Georgia Henshaw Is A Member Of