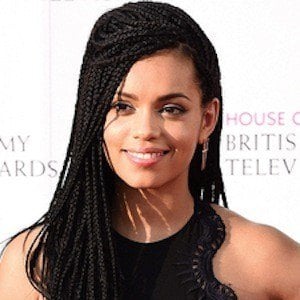 Making history as the first black actress to win the Best Actress award at the British Academy Television Awards for her performance in Murdered by My Boyfriend. She is also known for her TV roles in One Night, the Sky1 dramedy After Hours, and HBO's His Dark Materials.

She was spotted on the street by a director who asked her if she was an actress. She said she was not, but the director pointed her in the direction of an audition and the rest became history. She booked a part in a MySpace drama called Freak.

She studied film at the Royal Holloway University of London.

She was born in Sheffield, South Yorkshire, and spent her younger years in Wilmington, Kent. Her mother was a health and social care teacher, her father works in law enforcement, and her stepfather was a bookbinder. She is the middle child between the older Sarah and the younger Ellie.

She starred alongside Jaime Winstone in After Hours.