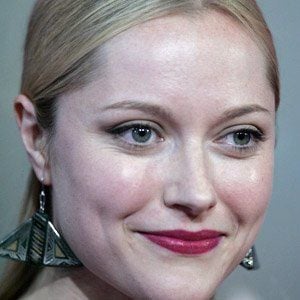 Known best for playing Etta Bishop on the science fiction series Fringe and Zamira on the children's show The Elephant Princess, this Australian-born actress also played the recurring role of Elsa on the ABC fantasy series Once Upon a Time.

After studying at the Western Australian Academy of Performing Arts, she made her on-screen debut in a 2008 short film called "Iris."

Casting directors for The Amazing Spider-Man shortlisted Haig for the Gwen Stacy role in the 2012 film, but the role ultimately went to Emma Stone.

She grew up in Melbourne, Victoria, Australia. She married fellow television actor Josh Mapleston in 2014.

She co-starred with Sophie Lowe in a 2010 horror film titled Road Kill.

Georgina Haig Is A Member Of