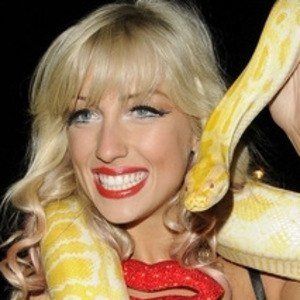 Singer and actress who first rose to fame playing Rebecca Nion in the British television series Sofia's Diary. She also starred in 2014's Treasure King and appeared in the short film Partygirl.

She made her acting debut in 2008 in an episode of Sofia's Diary UK.

In 2011, she appeared on Britain's Got Talent as a member of the extreme stunt girl group GirlsRoc.

Her father's name is Eltham John.

A talented singer, she has toured around the United States supporting Adam Ant.

Georgina Leahy Is A Member Of