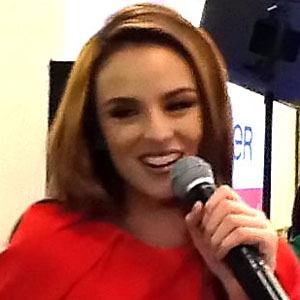 British-Filipina model known for representing brands such as American Apparel, BlackBerry, and Cadbury. She became the host of Binibining Philipinas in 2012.

She earned a degree in Commerce from the University of Sydney, Australia in 2009.

She hosted ABS-CBN's Binibining Philipinas in 2012.  She has over 3.2 million followers on Twitter.

She has two younger siblings, Jessica and Sam. She married Arthur Burnand in 2016; they have a son named Archie.

She was a guest stylist on the 2011 season of America's Next Top Model with Tyra Banks.

Georgina Wilson Is A Member Of