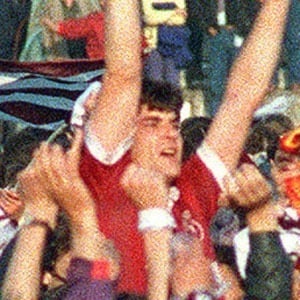 Defender and striker who helped Larissa become the first countryside team to win a Greek Football Championship in 1988.

He played his youth career with Ikonomos Saritsanis before signing with Larissa in 1981.

He competed on the Greek national team from 1984 until 1996, but only made 27 appearances.

His family was residing in Tsaritsani when he was born; his life ended at the young age of 35 when he was killed in a car accident; he had two daughters with his wife.

He and Dinos Kouis both represented the Greek national team.

Georgios Mitsibonas Is A Member Of