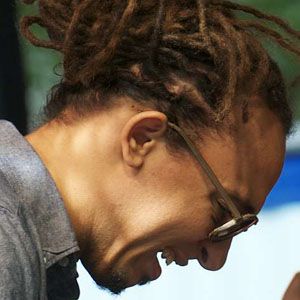 Grammy-nominated jazz artist who fan-funded his debut album as a leader Two-Shade on the ArtistShare platform.

He began studying classical piano when he was seven under the tutelage of Linda Buck.

He toured with The Clayton Brothers and the Clayton-Hamilton Jazz Orchestra.

He was born into a musical family, with his father being bassist and bandleader John Clayton and his uncle being multi-instrumentalist wind player Jeff Clayton.

Gerald Clayton Is A Member Of