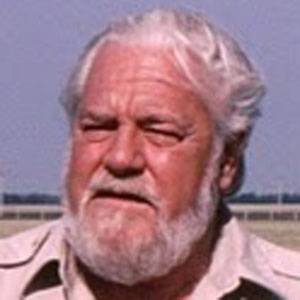 English television show host, zookeeper and naturalist who founded the Durrell Wildlife Conservation Trust and the Jersey Zoo in 1958.

He was home schooled as a child and one of his tutor's friends, Theodore Stephanides became his friend and inspired him to become a naturalist.

He has released several books including mostly autobiographical experiences with nature.

He is the younger brother of novelist, Lawrence Durrell.

Gerald Durrell Is A Member Of