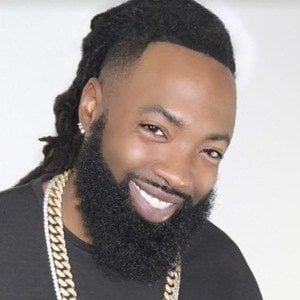 Internet personality and comedian who rose to fame for his signature prankster videos. His popularity on Instagram led to him amassing a staggering fanbase of more than 1.1 million followers.

He began his career as a stand-up comedian and has opened for the likes of DL Hughley.

His YouTube videos have been viewed more than 77 million times.

Gerald Huston Is A Member Of