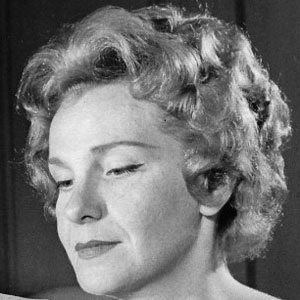 American actress who won an Academy Award in 1985 for her role in the film The Trip to Bountiful. Her numerous Broadway and Off-Broadway credits include Alma in Summer and Smoke, Lizzie in The Rainmaker, and Olga in Three Sisters.

She studied at the Goodman School of Drama in Chicago.

She was nominated for a Tony Award for her performance in the 1975 Broadway production of Absurd Person Singular.

She was born in Missouri to a physician father.

She was married to actor Rip Torn from 1963 until her death in 1987. She and Torn had three children: a daughter and twin sons.

Geraldine Page Is A Member Of