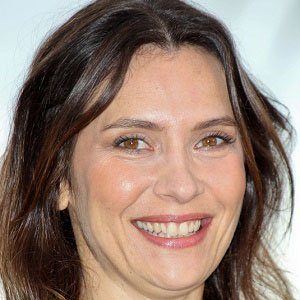 Perhaps most well known for her portrayal of Johnny Depp's character's unrequited love, Dona Anna, in the hit movie Don Juan DeMarco (1994), she is also recognized for her Cesar Award-winning work in the 1991 film La Neige et le Feu, as well as for her Cesar-nominated performance in Le Cout de la Vie.

She made her screen acting debut in the 1988 film Three Seats for the 26th.

She co-starred with Edouard Baer in the 2006 feature film Made in Paris.

She was born in Marseille, France. Her marriage to French-American director, writer, and actor Christopher Thompson produced two children.

Director Francois Ozon cast her in the starring role of Sylvie in the 2013 film Young & Beautiful.

Geraldine Pailhas Is A Member Of