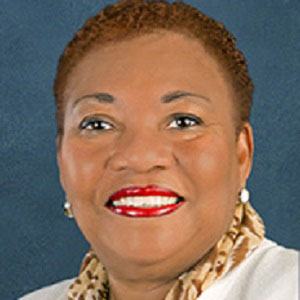 Democrat who began her tenure as a member of the Florida State Senate representing the 12th district in 2012. She previously served as the Assistant to the President at Valencia Community College for 24 years.

She earned her Master of Science degree in Communication from Florida State University in 1973 and worked as a teacher in the Orange County Public School District.

She once worked as the Executive Secretary to Representative Gwendolyn Sawyer Cherry, who was the first African-American woman to serve in the Florida House of Representatives.

She married a man named Emerson.

She and Matthew Meadows are both Democrats who have served in the Florida State Senate.

Geraldine Thompson Is A Member Of