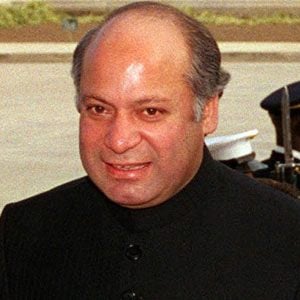 Pakistani politician who was a member of the Pakistan Muslim League before taking office as the Prime Minister of Pakistan for the fourth time in June 2013.

He earned a degree in business from Government College University before studying law at the University of Punjab.

He has amassed a large wealth, which earned him the nickname the Lion of Punjab.

He and his wife Begum Kalsoom have three children: Maryam, Hassan, and Hussain.

He followed in the footsteps of Zulfikar Bhutto by becoming Pakistan's Prime Minister.

Nawaz Sharif Is A Member Of