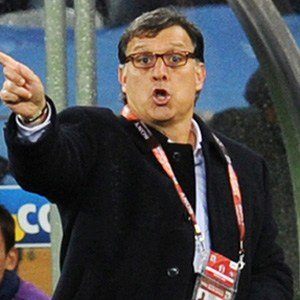 Former midfielder who played for a variety of professional teams and Argentina's national team and went on to manage after his playing career was over, taking over the reigns of FC Barcelona in 2013.

His youth career began in 1972 with Newell's Old Boys.

He received his first managerial role with Brown de Arrecifes in 1998.

He raised two daughters and one son.

In 2013, he replaced Tito Vilanova as Barcelona's manager.

Gerardo Martino Is A Member Of