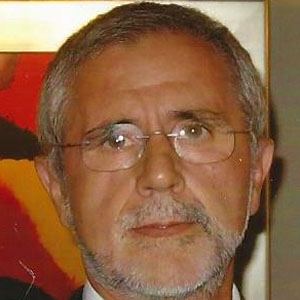 One of the best strikers of all time, he scored 365 goals in 427 games in the Bundesliga, mostly as a member of Bayern Munich. He starred for the West Germany national team from 1966 to 1974.

His first coach nicknamed him "short fat Muller" for his resemblance to a weightlifter.

He scored 68 goals in international appearances. He retired tenth on the list of international goal-scorers, despite playing fewer games than just about everyone ahead of him in the rankings.

He grew up in Nordlingen, Germany. He and his wife Uschi had a daughter, Nicole.

His record of 85 goals in a single year stood for four decades until it was broken by Lionel Messi in 2012.

Gerd Muller Is A Member Of