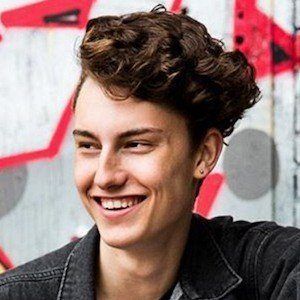 Dutch YouTube vlogger who is widely known for his Gerenzo YouTube channel's content. He has gained popularity there for his personal vlogs, pop culture discussions, challenge completions and friend tags, and original characters.

He has amassed more than 10,000 subscribers to his YouTube channel. One of his most popular videos there, "10 GEHEIME Snapchat TRUCJES die NIEMAND kent," has earned more than 50,000 views.

He has collaborated with fellow Dutch YouTuber Jeroen Van Holland.

Gerenzo Is A Member Of