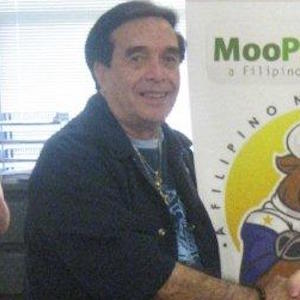 Popularly known by the alternate named Kuya Germs and Master Showman, he was an award-winning Filipino television host and actor, as well as television producer and talent manager, whose big break was as the host of the noontime variety show GMA Supershow. He was the host of a late night show called Walang Tulugan with the Master Showman.

His first taste of the entertainment industry was working as a janitor of the Clover Theater in 1957. He played Jesus Christ at the Manila Grand Opera House.

He helped develop some of the biggest stars in the Philippine entertainment industry through That's Entertainment. He founded the Eastwood City Walk of Fame.

He and his sister Pilar Moreno were the children of Jose Moreno y Caloy and Aurora Molina. He had an adopted son named Federico Moreno and a grandson Luis Gabriel Moreno who became an archer.

He and fellow comedian Dolphy both worked with Sampaguita Pictures.

German Moreno Is A Member Of