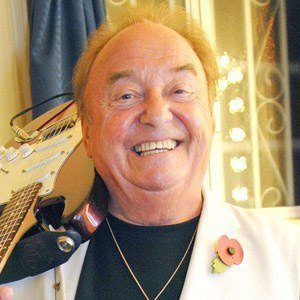 Guitarist and singer who fronted the British beat band Gerry and the Pacemakers, the group that sang "How Do You Do It?"

He formed Gerry and the Pacemakers at the age of seventeen.

His autobiography, I'll Never Walk Alone, was released in 1993.

He married Pauline Marsden in 1965.

He honored the great John Lennon with his 2001 album Much Missed Man: A Tribute to John Lennon.

Gerry Marsden Is A Member Of