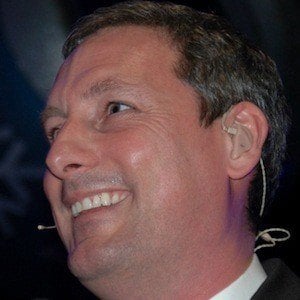 TV host, entrepreneur, and singer who made his name in entertainment in the 1990s on the show Samson & Gert. He went on to found Studio 100, which produces children's shows.

After applying to, and being rejected from, The Royal Academy of fine Arts Antwerp, he landed a job with the Flemish Radio and Television Broadcasting Organization.

He dated Karen Damen for two years after his divorce, although the relationship was largely kept secret.

Gert Verhulst Is A Member Of