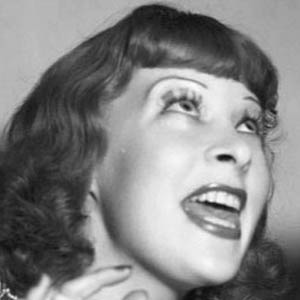 Stage actress and torch singer who appeared in such Broadway musicals as Calling All Stars and the Ziegfeld Follies of 1936.

She started out as a singer during the early 1930s. She became famous for her rendition of the song "I Want To Get Married."

She appeared in numerous films, including Top of the Town, He's My Guy, and The Babe Ruth Story.

She was born in New York City. She died in California at the age of sixty-three.

She co-starred with Jackie Gleason in the 1944 stage musical Follow the Girls.

Gertrude Niesen Is A Member Of