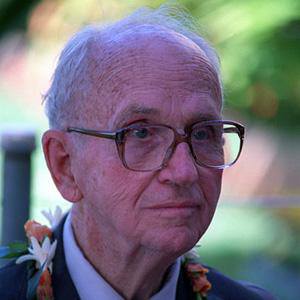 World traveler and author who wrote Tales of the South Pacific, for which he won the Pulitzer Prize for Fiction in 1948. His other literary works include The Fires of Spring, The Drifters, Chesapeake, and Caravans.

After graduating from Swarthmore College and Colorado State Teachers College, he served in the U.S. Navy during World War II. His wartime experiences inspired his famous work, Tales of the South Pacific.

He thoroughly researched topics before beginning a novel, as is described in his 1992 memoir, The World Is My Home.

He was adopted and raised by Mabel Michener, a Pennsylvania Quaker woman. After divorcing his first two wives (Patti Koon and Vange Noord), he married his third wife, Mari Yoriko Sabusawa, in 1955.

Louisa May Alcott was also an acclaimed, Pennsylvania-born author.

James Michener Is A Member Of