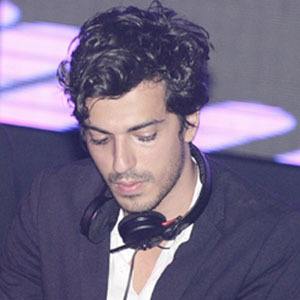 French techno artist, DJ, and producer who is known for his work with several major singers and for releasing his own solo projects. He is best recognized for his hit singles "Pursuit" and "Lost in the Fire".

He first started his career making music in 2008 as part of the OWSLA record label. He then gained recognition the following year when he collaborated with Kanye West by producing two tracks on the Yeezus album. He released his own debut album Aleph in October of 2013.

He signed to Columbia Records in November of 2018 and was nominated for a Lumiere Award in 2015 for his work on the music in the feature film Maryland.

He was born and raised in Lyon, France.

He has worked alongside some of the biggest names in the music industry including The Weeknd, A$AP Rocky, Kanye West, and Lana Del Rey.

Gesaffelstein Is A Member Of