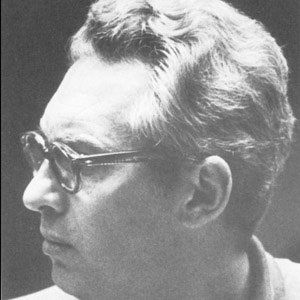 One of the most admired artists of his day. He became known for his Classical and Romantic-era interpretations, especially of Mozart.

He studied at the Franz Liszt Academy under Ernst von Dohnányi and Zoltán Kodály, winning the Liszt Prize in 1940.

He played Mozart's Piano Concerto No. 21 in C for the film Elvira Madigan from 1967.

He was also known for his mastery of Robert Schumann's repertoire.

Geza Anda Is A Member Of