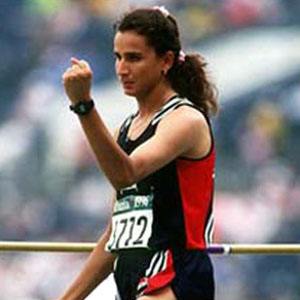 Syrian Olympian who won the first gold medal for Syria in the Heptathlon at the 1996 Summer Olympic Games.

She started out playing basketball and played on the Syrian national team for a few years.

An injury kept her from competing at the 2000 Sydney Olympic Games and led her to retire.

Her family comes from Mhardeh.

She was a gold medal-winning athlete at the 1996 Summer Olympics like gymnast Shannon Miller.

Ghada Shouaa Is A Member Of