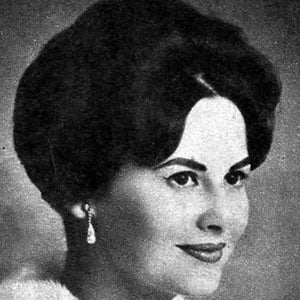 American coloratura soprano opera singer who had an active career in the 1950s and 1960s.

She studied at The Julliard School in New York and later made her debut in 1954 at Rome's Baths of Caracalla as Gilda in Rigoletto.

She worked as a voice teacher at Jacobs School of Music after retiring from music in 1970.

She was raised with her family in Hartford, Connecticut.

She co-starred with Robert Merrill in Rigoletto at the Metropolitan Opera in New York.

Gianna Dangelo Is A Member Of