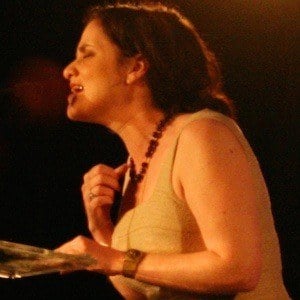 Victim of cerebral palsy due to a failed saline abortion attempt who became an active leader against abortion because of her condition.

After she was born, she was taken into foster care and eventually adopted when she was four years-old.

The 2011 film October Baby was loosely based on her life.

Her adoptive mother Dianna DePaul claimed that she was born during week 30 of pregnancy.

President George W. Bush mentioned her in his 2002 signing of the Born-Alive Infants Protection Act.

Gianna Jessen Is A Member Of