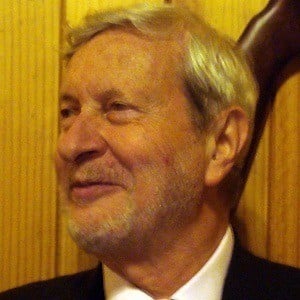 He attended the University of Turin where he studied philosophy with existentialist Luigi Pareyson. He later studied with Karl Löwith and Hans-Georg Gadamer in Heidelberg.

He was a political activist known for his involvement with Democrats of the Left, the Party of Italian Communists, and served in Parliament twice, first in 1999 and later in 2009.

He was born to Italian parents in Turin, Piedmont.

He was greatly influenced by Friedrich Nietzsche.

Gianni Vattimo Is A Member Of