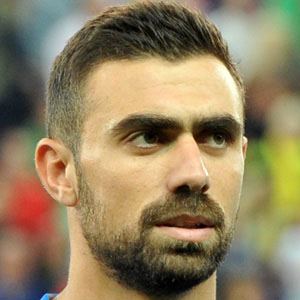 Defensive midfielder and right back who played for Panionios from 2003-2011, joining Olympiacos in 2011. He debuted for Greece's national team in 2010.

He was born in Livadeia, Greece.

Goalkeeper Dimitrios Eleftheropoulos was his teammate on Panionios in 2011.

Giannis Maniatis Is A Member Of