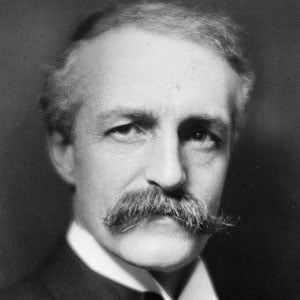 In the 1920s and again during the early 1930s, this Republican Party politician served as Governor of Pennsylvania. Also a forester, he is notable as the United States Forest Service's first Chief, a position he held from 1905 to 1910.

After graduating from Yale University, he founded the Society of American Foresters and became first Chief of the Division of Forestry (the precursor to the U.S. Forest Service).

After establishing and serving as president of the National Conservation Commission, he launched an unsuccessful Pennsylvania campaign for a Progressive Party seat in the United States Senate.

After U.S. President William Howard Taft dismissed him from his office as Chief of the United States Forest Service, Pinchot continued to publicly criticize Taft's Secretary of the Interior, Richard Ballinger, in a high-profile political controversy known as the Pinchot–Ballinger affair.

Gifford Pinchot Is A Member Of