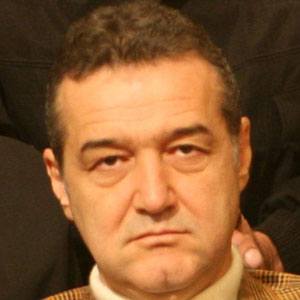 Romanian political figure and Member of both the Romanian and European Parliaments. Also a businessman, he purchased the Romanian Steaua București Football (soccer) Club.

He was given a three-year prison sentence for his role in a late 1990s, politically corrupt land-swapping deal.

He was the New Generation – Christian Democrat Party candidate for the 2004 Romanian presidential election; he finished in the race with just over one percent of the total votes.

He and fellow Romanian politician Ramona Manescu both became Members of the European Parliament.

Gigi Becali Is A Member Of