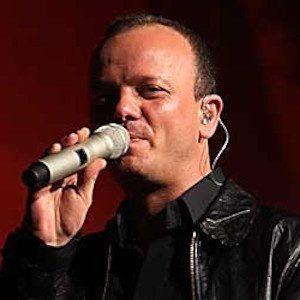 Italian singer known for his albums Quanti Amori, Made in Italy, and Questo Sono Io. Those albums combined to go 14-times Platinum and once diamond, contributing to his 20 million-plus lifetime album sales.

He started performing in the early 1990s, but started making a name for himself at the Sanremo Festival in the early 2000s.

He's said that, early in his career, Camorra gangs would strong-arm him into performing for their parties.

He has three children with his ex-wife Carmela Barbato.

After getting divorced, he started dating and living with Anna Tatangelo.

Gigi D'Alessio Is A Member Of